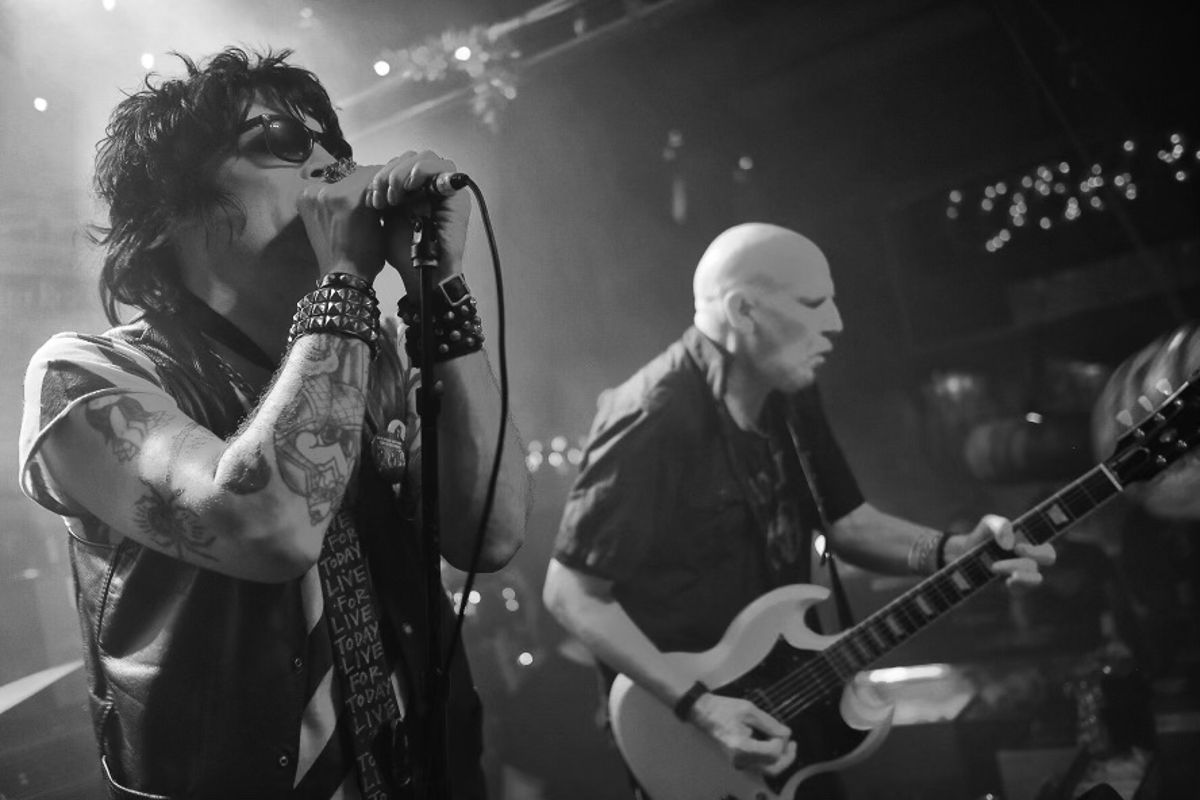 The Dead Boys are an American punk rock band from Cleveland, Ohio, United States.[1] The band was among the first wave of punk, and regarded by many as one of the rowdiest and most violent groups of the era. They were formed by vocalist Stiv Bators, rhythm guitarist Jimmy Zero, bassist Jeff Magnum, lead guitarist Cheetah Chrome, and drummer Johnny Blitz in 1975, with the later two having splintered from the band Rocket From The Tombs. The original Dead Boys released two studio albums, Young Loud and Snotty, and We Have Come for Your Children.[1]

The Dead Boys were initially active from 1975 to 1980, briefly reuniting a few times in the mid-1980s, and then later again in 2004 and 2005 for the first time without Bators, who had died in 1990. In September 2017, Chrome and Blitz reunited the band with a new line-up for a 40th anniversary tour along with a new album, Still Snotty: Young, Loud and Snotty at 40, a re-recording of their debut album. The new lineup includes vocalist Jake Hout, guitarist Jason “Ginchy” Kottwitz and bassist Ricky Rat, alongside Chrome and Blitz.

SUZI MOON
Suzi Moon’s effortless channeling of classic ‘77 punk rock spirit with a modern twist continues to evolve and grow. This second twelve inch with Pirates Press Records picks up where her debut left off sold out before street date and the likes of Iggy Pop singing her praises on the BBC!
https://suzimoon.bandcamp.com/