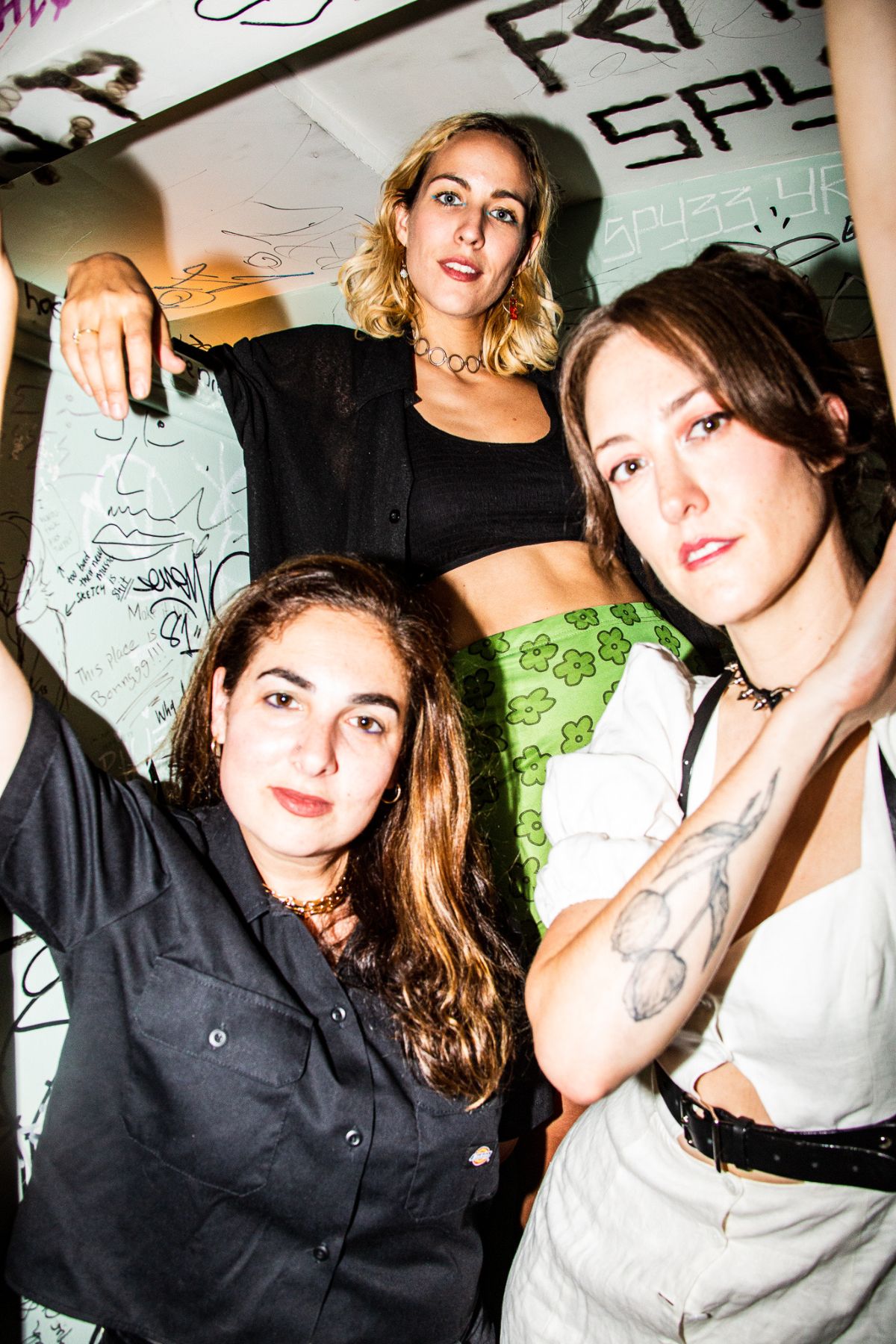 THICK
Over the years, THICK have earned recognition as an unstoppable live act, with their show typically spawning a mosh pit described by Stereogum as “more like an aggressive hug.” As they dreamed up the tightly crafted yet uncontainable sound of 5 Years Behind, the band kept the live experience at the forefront of their minds. “When we write, we write toward the emotions of the audience,” says Sisti. “I know that lyrics play a huge role in connection, but I’m personally more focused on visualizing how people might physically respond to a song—what it would make them feel in the moment and how it might make them move or dance.”

Now gearing up for a national tour in support of 5 Years Behind, THICK aspire to strengthen the palpable sense of inclusivity that’s defined their shows from the start. “We want people to feel safe in the mosh pit, and hopefully connect with each other,” says Page. “We’ve made so many friends at the shows we’ve played, and we’d love it if people could build some kind of community from coming to see us.” And in the making of their first full-length effort, THICK aimed to instill an undeniable feeling of solidarity into each of the album’s tracks. “In a way the theme of all our songs is: ‘We’ll get through this. We’re not going to be kept down,” says Black. “I hope when people listen to the album, it gives them that same feeling. And I hope they feel like, if they ever needed it, we’d absolutely have their back.”
https://thick.band/

THE MUSLIMS
THE MUSLIMS is a crunchy, kickass punk band of Black + brown queer muzzies. Your racist dad is a piece of shit and THIS IS NOT A SAFE SPACE.
https://themuslims.bandcamp.com/