**All events 21+ — Valid ID required for entry**Doors: 7 PMShow: 7:30 PMFour years after being voted in by fans as the People’s Choice selection for XXL’s 2014 Freshman Cover, JarrenBenton is starting over. He’s a seasoned veteran doubling down on the lyricism he made his name on, but his new music experiments with new emotion and bottles up the last few years of his life. In 2012, the Decatur emcee began making a name for himself on the outsider indie label Funk Volume, where he carved out a unique brand of ferociously lyrical, tongue-in-cheek horrorcore. At the label, his early mixtapes carried titles like Huffing Glue with Hasselhoffand Freebasing With Kevin Bacon, equal parts comedy and terror, like a goofy slasher flick come to life. Benton’s time with Funk Volume was punctuated by a debut album and a follow-up EP (My Grandma’s Basementand Slow Motion Vol. 1), national and international tours, and then, in 2016, the label’s sudden fold. Ever since, Benton has been reinventing and reintroducing himself. “People were introduced to me as the ‘Skitzo,’ guy” he says, harking back to his breakout single nearly seven years ago. “They had a certain expectation that was very outlandish, very lyrical. Lately its’ been more personal.” Benton has been a prolific mixtape artist and voracious rapper throughout his career, but his albums have been heavier and more carefully tuned. Last year he released The Mink Coat Killa, an album-length homage to the gritty New York hip-hop sound Benton grew up admiring from afar. Benton’s new music also looks ahead by nodding back, rekindling a working relationship with his longtime producer Kato—the executive producer of his new album—and throwing his styles in a blender: part lyrical attack, part journal-like reflection, still a little disturbed. “I think when people listen to an artist from Atlanta, they have certain expectations of what they’re gonna hear,” Benton says. “My shit is very left from the artists from Atlanta, but it still embodies that sound.” The new tracks find a middle ground. Benton still has a flair for the dramatic, but instead of raps that brood with bitter reflection, he sounds like he’s having fun again. “People wanted to hear that fun Jarren,” he says. “It was getting too dark.” Still, there’s a bite to everything Benton touches, and even his upbeat bangers have a caustic edge. “Money Bag” sounds like an extended taunt at the industry, Benton borrowing a radio-friendly flow to charm his way into the door and detonate the party with a twisted eccentricity. On the lead single “Don’t Need You” Benton lifts the veil on the pent up and mysterious behind-the-scenes drama that led to Funk Volume’s close. It’s the first time Benton and Hopsin have reunited since the label broke up, and the collaboration snaps the focus back onto the type of masterly lyricism that ingratiated fans in the first place. There are also tracks like the pensive “Shooter,” where Benton climbs into the national gun control controversy and confronts mental health crisis. “I was really debating putting that song out there because of what’s going on,” Benton says. “The song is basically inside the mind of a high-school shooter. But it accounts for what this person is going through on a day-to-day basis to make them feel this way. I hope that people don’t think this is insensitive. The intentions were not malicious, I didn’t want people to think I was making fun of this.” After a career of hopping back and forth from frantic lyricism to considered introspection, Benton has figured out how to occupy both lanes at once. QUELLE CHRISWhen an artist consistently creates at the forward edge, there are no guardrails. Quelle Chris has been comfortable at the boundaries, leading Hip-Hop since he started.    Quelle’s vision extends beyond genre or format. He continued broadening his creative ambitions even beyond his own legendary four album run (BYIG, Everything’s Fine, Guns, Innocent Country 2) and worked with Chris Keys to compose part of the score for the Oscar-winning film “Judas and The Black Messiah” with director Shaka King.The new album, “DEATHFAME,” is a sonic treatment produced by Quelle himself, along with Chris Keys and Knxwledge. The record carries on like an incredible lost tape found at a flea market. It explores, unflinchingly, every moment of the trials the early 2020s has brought to all of us. Guests Navy Blue and Pink Siifu lend brilliance to the dynamic and unexpected new album coming May 13th on Mello Music Group.https://quellechris360.bandcamp.com/ PINK NAVEL Pink Navel is a non binary rapper originally based out of the South Shore of MA, but has relocated to Maine to join Ruby Yacht at their headquarters. As a self proclaimed Nintendo and Disney collector, Navel’s music tends to blend the carefree cadence of cartoons with introspective lyrics on gender identity and mental health. https://pinknavel.bandcamp.com/SB the Moor SB the Moor AKA Christian McLaurin is a cali born and raised artist, weirdo, and psychonaut. Known for their enigmatic presence and inability to be pinned down, their art is a synthesis of personal experience and observation. Their projects are unbound by genre, skipping over boundaries and rules like a child does in hopscotch, and include records, zines, clothing, prose, and comics, all utilized to share thoughts, feelings and emotions. Currently a music educator for all ages, they reside in Sacramento, CA working on their Bachelor’s of Arts in Psychology. Ruby Yacht forever!  https://sbthemoor.bandcamp.com/VASTNESShttps://www.vandalvast.com/ *All events are 21+ valid ID required for entry*7 PM Doors7:30 PM ShowSPOSE & THE HUMANSSpose is a rapper/producer from Maine.https://www.sposemusic.com/JARVJarv is an MC / Producer from Windsor, VThttps://jarvmakesmusic.bandcamp.com/album/jarvage-vol-2 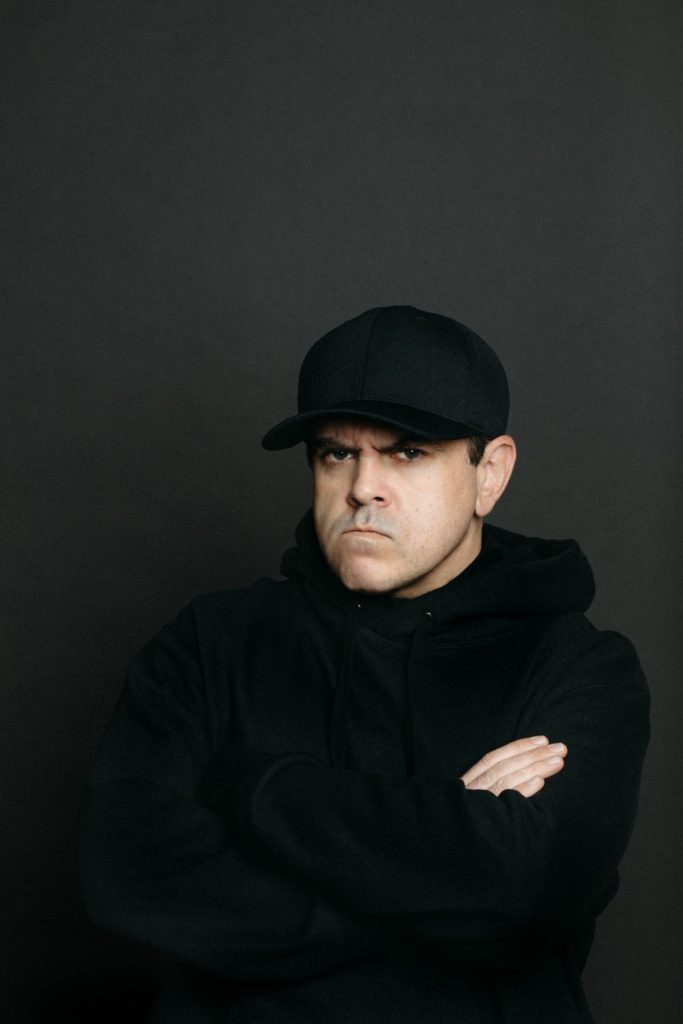 *All events are 21+ valid ID required for entry*7 PM Doors7:30 PM Showmc chrismc chris (always intentionally spelled lowercase) is having a moment. You’ve probably already heard of him or heard him; you just don’t know it. His voice is playing most nights on Adult Swim. Thanks to streaming, his shows (Sealab 2021, Aqua Teen Hunger Force, and many more) are finding their way to new audiences and die-hards alike. Thanks to Disney+’s The Book of Boba Fett, his lyrics have found their way into most articles about the show, into most YouTube reviews of the show, into most Fett oriented Twitch and TikTok videos. His lyrics are just part of language because he’s influenced a generation. Twitter personalities and huge companies are getting in on the act, even X-BOX was dropping some mc chris lines in recent tweets in response to Fortnite’s Boba Fett DLC. He has become an integral part of the zeitgeist. His fans call him legend, icon and king. He’s thought of as a game changer. His influence on comedy, animation and rap is unparalleled. It’s almost as if all red strings stem from the efforts of mc chris as he pioneered things like Adult Swim and Nerdcore. These days he’s a single dad coming out of Covid and divorce with a determination to do what’s best for his son who he cares for full time. For two long years he has not been able to tour, cutting short a successful and groundbreaking 15-year run, but now that Covid restrictions have eased, mc is going back out one more time. Join him and Maine based Crunk Witch as they make their way across the country for another go, bittersweet as it may be. He will be appearing in Adult Swim’s “Aquadonk Side Pieces,” later this year and his 19th release “King in Black” will be coming out in conjunction with his tour. Catch him while you can! Who knows when and if he will return.   https://mcchris.com/(Photo: https://www.mandeejohnson.com/)CRUNK WITCH The husband and wife electro-pop duo from Maine that make bangin’ beats and rad parties a reality!!https://crunkwitch.bandcamp.com/ PINK SIIFULivingston Mathews, currently performing as Pink Siifu, is a 29-year-old artist from Birmingham Alabama. Beginning his music journey in 2012, he went on to form the duo B.Cool-Aid consisting of producer Ahwlee and himself while also creating music with producer Swarvy.  Siifu makes music that reflects the ideas, life and struggles experienced through Blackness, bringing family, culture and faith to light.  Most times his music stretches from soul, punk, jazz, rap and experimental. Always working on new music and visual projects he’s positioned himself in the east coast close to the home of hip-hop and shifts his focus to creating more dynamic soundtrack services for clients in tv/film, marketing and production.DJ HARRISONDJ Harrison is Richmond, VA-based multi-instrumentalist, singer, songwriter and producer Devonne Harris. TURICH BENTLYPESO GORDONVON BEEZY