*All events are 21+ valid ID required for entry*7 PM Doors7:30 PM ShowGLASSIOGlassio is the Dream-Pop/Alt-Dance project of Irish-Iranian singer, songwriter and producer Sam R. Over the past 5 years, Glassio has carved a unique world and sound out of the electronic music scene in Brooklyn, oftentimes meshing influences from folk, early house, and new wave with lush harmonies and wistful melodies. His music has been described as “a record Crosby, Stills and Nash would have possibly made had they spent a Summer in Ibiza in 1987 on Ecstasy.” PARTY NAILS Party Nails is the raucous alt-pop songstress Elana Carroll. Her music draws comparisons to Robyn, Madonna and Hayley Williams, and has been covered by Billboard, Noisey, American Songwriter and featured in television and film. On tour she performs with just one other musician on stage, the equally captivating and energetic drummer Anna Crane (known professionally as simply “Crane”). Together they rip up the stage and invite you to dance, sweat, and maybe even shed a (cathartic) tear. Listen to Party Nails’ second album, You Don’t Have To Go Home But You Can’t Stay Here, self released in the quarantine of 2020, on Spotify now.https://open.spotify.com/artist/1PkfHC4LBy4o9UNU2k1yw4 SULENESulene (South African raised/Brooklyn resident) is releasing 4th EP ‘In the Style of David Lynch’ this spring and previously featured on tracks throughout 2021 with John The Ghost and RAC. Sulene’s recent EP’s ‘hedonic’ and ‘Strange’ have landed Spotify editorial playlists as New Music Friday (USA, South Africa, UK, Portugal), Indie Pop, Fresh Finds and SAlt. “We Go Hard” is a worthy glimpse into the upcoming self-produced EP that fuses industrial indie music and dance indie pop, featured music video on rotation for 8 weeks on MTV’s Spankin’ New and MTV LIVE. Sulene moved to America to pursue touring as the multi-instrumentalist for Nate Ruess of Fun. and LPX. Since then Sulene’s solo music has been celebrated by outlets such as Billboard, Daily Motion, BrooklynVegan, Atwood Magazine and AudioFemme. Sulene is endorsed by Fender, Sequential and Lomography. 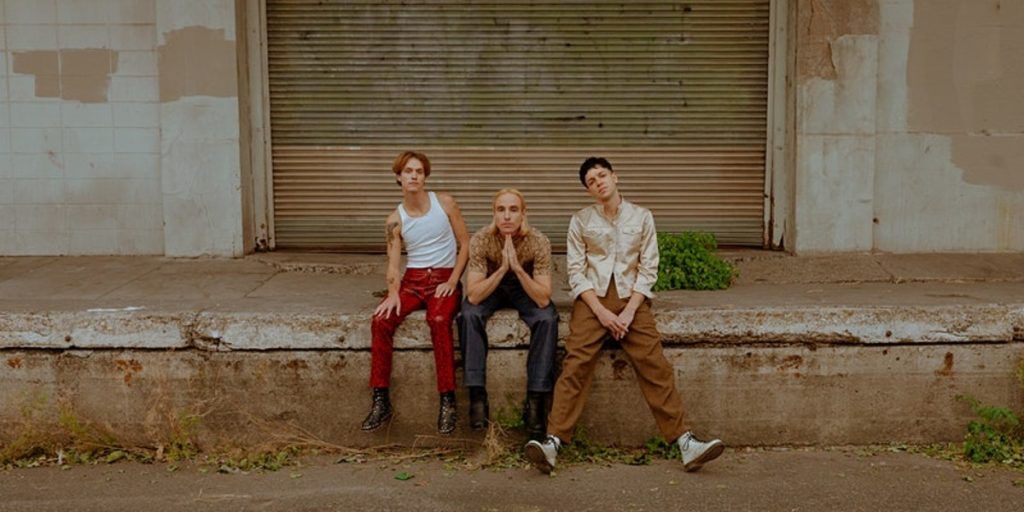 Hot Flash Heat Wave The San Francisco trio of Adam Abildgaard, Nick Duffy, and Ted Davis have built a loyal following and constant buzz over the last several years, with the 2019 EP ‘Mood Ring’ standing as their most kaleidoscopic work to date. Merging the quintessential melodies of pop’s past with contemporary touches to forge something truly unique, Hot Flash Heat Wave is just starting to create their own sonic world. Last year’s EP launched the group into a realm entirely different from their previous catalogue. It is their truest-to-heart release yet, synthesizing a wide range of influences encompassing My Bloody Valentine, Frank Ocean, New Order, and Toro y Moi into something that sounds new and refreshing. Mood Ring’s lead single “Glo Ride” bounces with a slight R&B tilt against a dark, trippy atmosphere, while “Sky So Blue” finds the band spiralling into full-on psychedelia, complete with layers of spell-casting keyboards and a wonderfully zonked-out breakdown. And the future only seems brighter from here: with September’s single ‘Grudge’ teasing a 2021 LP, Hot Flash Heat Wave is preparing for the next step up the staircase in their colorful sonic journey, with determination to elevate their craft in the process. Small Crushhttps://open.spotify.com/artist/5MpGrez01Tx9nl5YQ1Aseq?si=Lbm0aPLoSoeLARh-AHlEJQ&nd=1Similar Kindhttps://open.spotify.com/artist/67jp9dtthPw2v0no8iFg3k?si=3Xbq8C2LSjeE90-QI9pabA