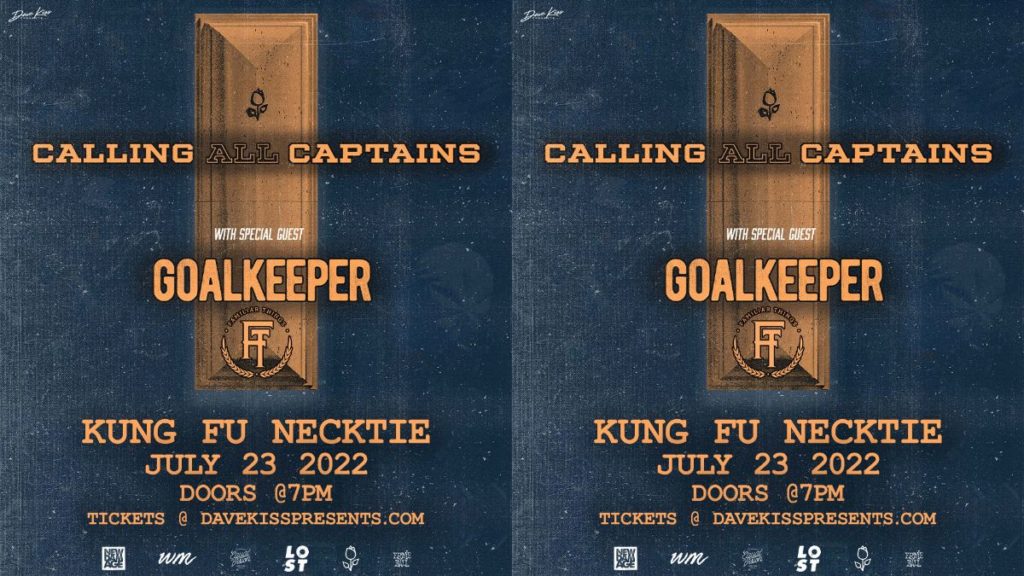 **All events 21+ — valid ID required for entry**Doors 7 PMShow 7:30 PMGOALKEEPER When opportunity knocks, Philly natives Goalkeeper are the ones answering the door. Ryan Beebe (Singer/Bassist), Marc Juliano (Guitarist), and Cody Ritchie (Drummer), came together at a critical point to create the perfect storm of melodic hooks & hard hitting pure pop punk. Finding inspiration in the expanding genre , Goalkeeper wants to prove there’s still new sounds to be heard, and focuses on tight, driving song writing. Their music emphasizes a refined, fervent sound influenced by early pop punk front runners, with lyrics that are fixated on introspective growth. Goalkeeper has supported such bands as State Champs, The Starting Line, Hit The Lights, Real Friends, Can’t Swim, With Confidence, and more. With their new EP “Life in Slow Motion” out on September 25th, 2020, produced by Kevin Mahoney of Hit The Lights/Joywave, Engineered by Will Pugh of Cartel, and mixed & mastered by Seb Barlow of Neck Deep, Goalkeeper is striving to become one of the greats in the pop punk genre. https://www.goalkeeperband.com/CALLING ALL CAPTAINS Originating from small towns outside of Edmonton, Alberta, pop punk/post-hardcore band Calling All Captains, consisting of Luc Gauthier (vocals), Brad Bremner (guitar/vocals), Connor Dawkins (guitar/vocals), Nick Malychuk (bass), and Tim Wilson (drums), is eager to finally share their new album, “Slowly Getting Better”, with the world. Calling All Captains’ unique sound allows them to dip their toes in both the pop punk and post-hardcore realms using poppy instrumental elements with a punk-like, aggressive vocal style. After their initial plans were halted in 2020 due to the ongoing pandemic, the band was able to work with producer Quinn Cyrankiewicz, who also worked on their debut EP, “Nothing Grows Here”, to help produce and record “Slowly Getting Better”.With their first full length album being released in the fall of 2021 via Equal Vision Records (USA), New Damage Records (CAN), and Rude Records (UK/EU), and opening for the likes of the Offspring, Silverstein, Our Lady Peace, and more, the band hopes to get back on the road asap and continue growing their fanbase and building their brand. https://callingallcaptainsband.com/FAMILIAR THINGSPop rock/pop punk from Philadelphia.https://familiarthings.bandcamp.com/ 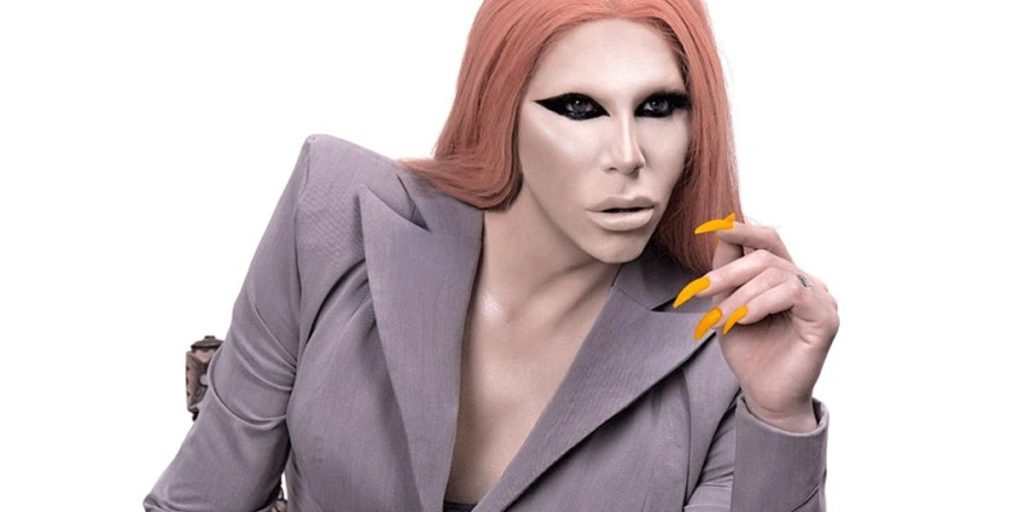 *All events are 21+ valid ID required for entry*7 PM Doors7:30 PM ShowSharon NeedlesBefore launching his career in music, campy drag performer Sharon Needles appeared on the reality/competition television show RuPaul’s Drag Race. Born Aaron Coady in Newton, Iowa, Needles faced anti-gay harassment in his hometown, but with a move to Pittsburgh in 2004, he became a living, breathing, and vogueing example of the It Gets Better project. Loving all things gothic and ghoulish, he launched the Haus of Haunt, a group that glitzed up Pittsburgh’s nightclubs with their punky, campy, and scary revue. In 2011, he became a contestant on the fourth season of RuPaul’s Drag Race, winning the title of “America’s Next Drag Superstar” and blowing up social networking with glamorous folks like Lady Gaga singing his praises. In 2013, he brought an extra dose of fabulous to the world of music by releasing the danceable and dark debut album PG-13. 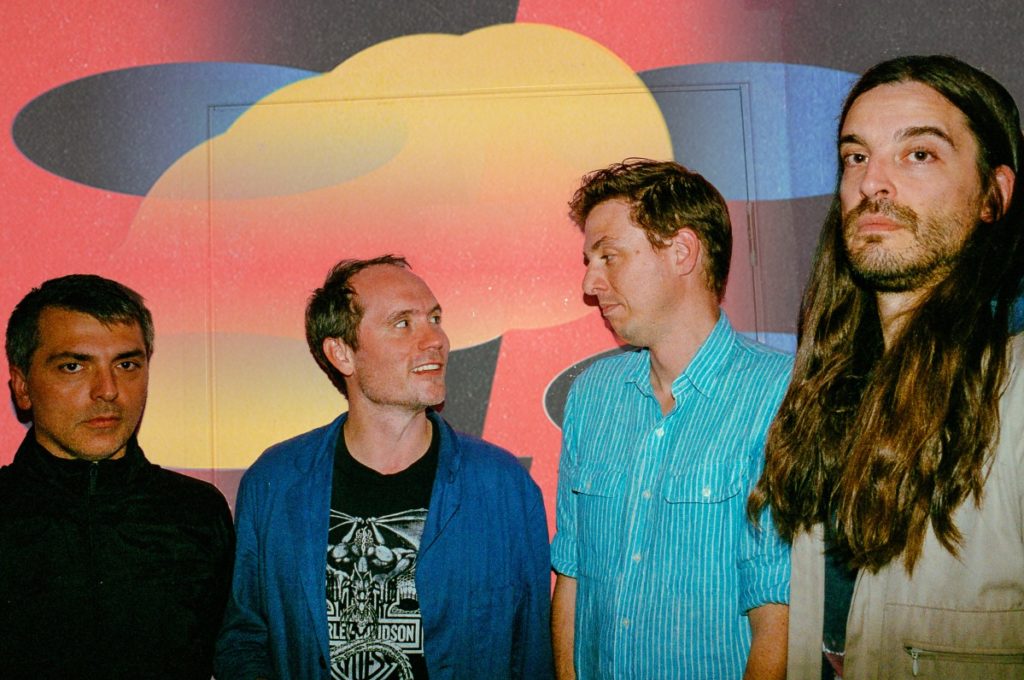 *All events are 21+ valid ID required for entry*7 PM Doors7:30 PM ShowHOLY F***A band who have played by their own rules for the last part of 15 years, Holy F**’s new album is the most accomplished moment yet from a group who have become one of their country’s finest, and most influential, exports; seamlessly fusing the gauzy drive of krautrock and deep house’s dreamy ineffability, and expertly blending purring motorik percussion with the sort of fuggy synthetic fizz that so often sends clubbers into states of unselfconscious rapture.https://www.holyfuckmusic.com/ 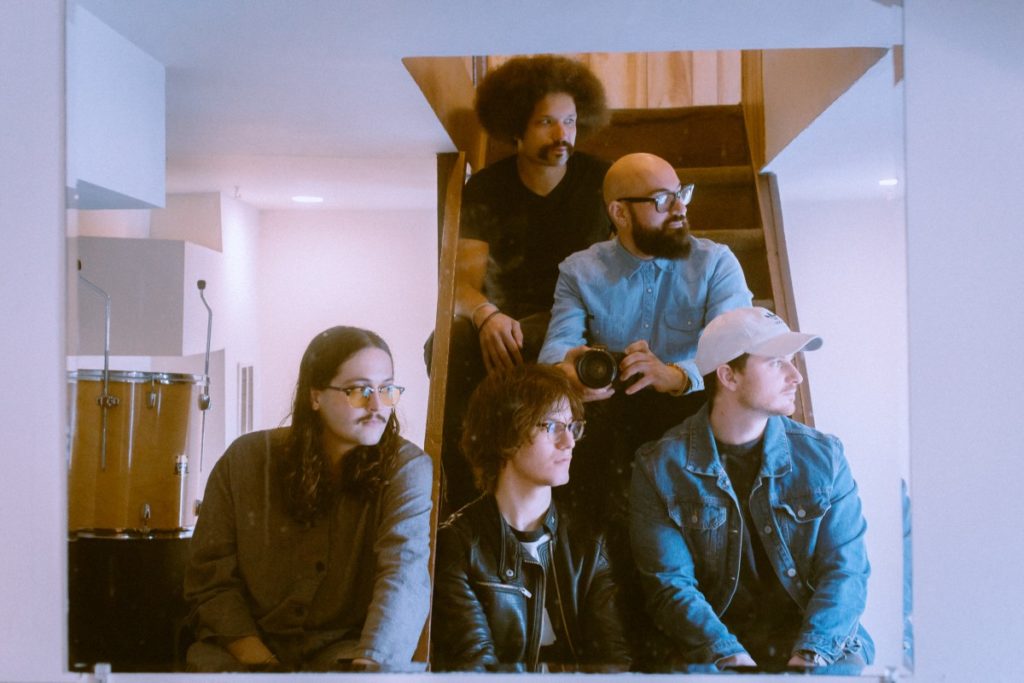 MICHAEL DREAMINGMichael Dreaming was born under the shadow of the space needle at some sketchy bus stop on 3rd avenue in Seattle.  His debut EP, “27” was slated for release in March 2020. Covid had other plans. Michael loaded up a van and moved cross-country, eventually landing in Philly.  Embracing the brotherly love, a project that could’ve easily keeled over, was given new life. Now a five piece band blending basement tapes era folk/rock with 90s style alternative. The sounds are familiar, but they bite. They feel like home, but they feel like outer space. Listen to “27” wherever music is streamedhttps://michaeldreaming.bandcamp.com/ DAN EX MACHINADan Ex Machina began as a solo project 20 years ago and became a full band of alternative/punk rockers in 2011, with two albums and one EP under our belts and a new full-length coming this spring. In the last decade, DXM has shared the stage with Low Cut Connie, Wussy, David Bello (The World Is a Beautiful Place), The Shondes, Tim Fite, Peaer, and countless entertainers in the NJ and Philly indie scene. In 2020, NJ.com named us one of the 31 Best Bands in New Jersey, and Robert Christgau webmaster/Village Voice contributor Tom Hull called Dan “A reliable pop/rock junkie…smart and/or clever,” both of which he is not. We also covered Ariana Grande for a BLM-themed single with all proceeds going to Blackandpink.org, an organization to benefit trans POC prisoners. Our action-packed new  “Plead Insanity” video is out now.https://danexmachina.bandcamp.com/REST ETIQUETTERest Etiquette are a folk/post punk band from Philly who just released their debut full length album ‘Grow Mold’ in December 2021. https://restetiquette.bandcamp.com/ 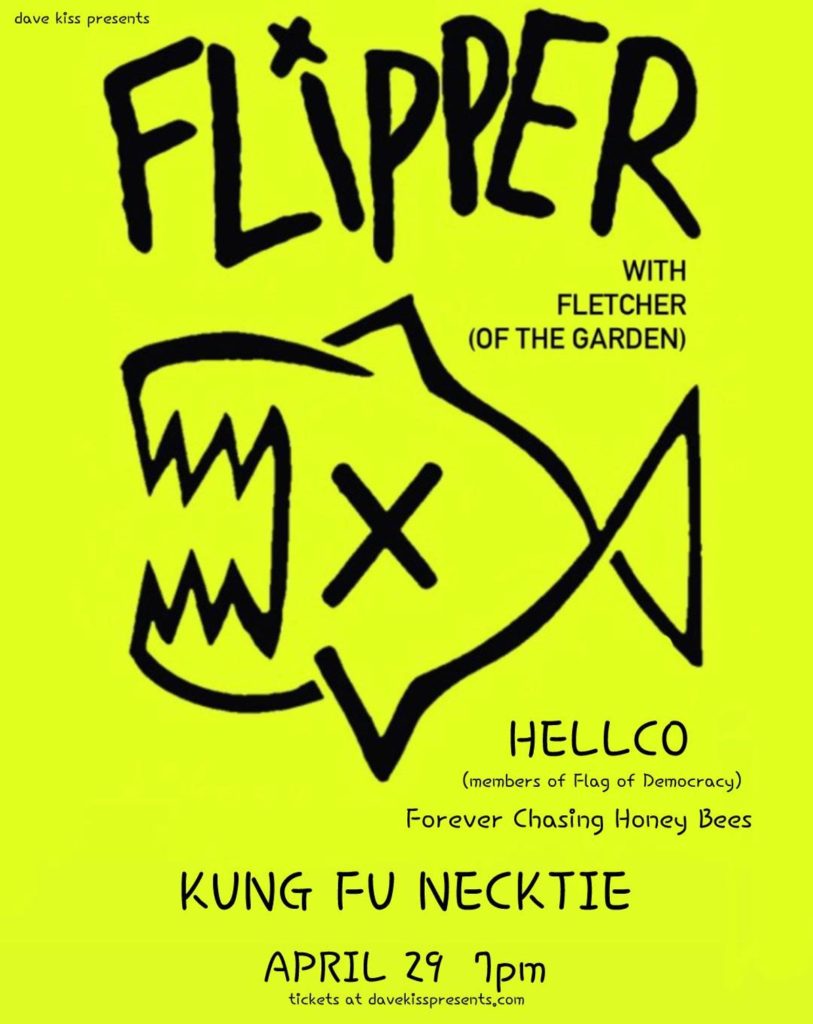 **THIS SHOW HAS BEEN CANCELED***All events are 21+ valid ID required for entry*7 PM Doors8 PM ShowFlipper with Fletcher (of the Garden)As previously announce, the final shows with David Yow took place this past December. As of 2022, Flipper will be getting out to play shows and tour “Till the Wheels fall off.” The world is ready to get back to live music so it’s time to get back out in the world.Flipper will be out making new friends and rekindling old friendships with guest vocalists and musicians along the way. First up at bat is Fletcher Shears of The Garden, who Flipper shared the stage with at The Fonda Theatre last December. Fletcher will be appearing on vocals with Flipper for an East Coast run of shows to include confirmed shows on 4/28 & 4/29 in Brooklyn and Philadelphia, also looking to round out that weekend with a few added shows in the region.Fletcher will also be appearing with Flipper for a couple of California shows, first at the Great American Music Hall on 5/26 and then on 7/2 at the Mosswood Meltdown in Oakland, hosted by none other than legendary film director, John Waters.In total, there will be 6 shows as planned at this time with Fletcher. Flipper will be announcing future shows and tours currently in the works with guest singers and musicians that will be part of the “Till the Wheels Fall Off” Flipper World Tour!HELLCOAn exciting new band from the bassist from Flag of Democracy! A fusion of old and new sounds inspired by run-down suburbs as well as vile corporations! Introductory EP available on Bandcamp and all streaming platforms. Debut album in the works. The next great power trio!  https://hellco.bandcamp.com/album/introductory-e-pFOREVER CHASING HONEYBEESSelf-Hate Corehttps://fchb.bandcamp.com/ 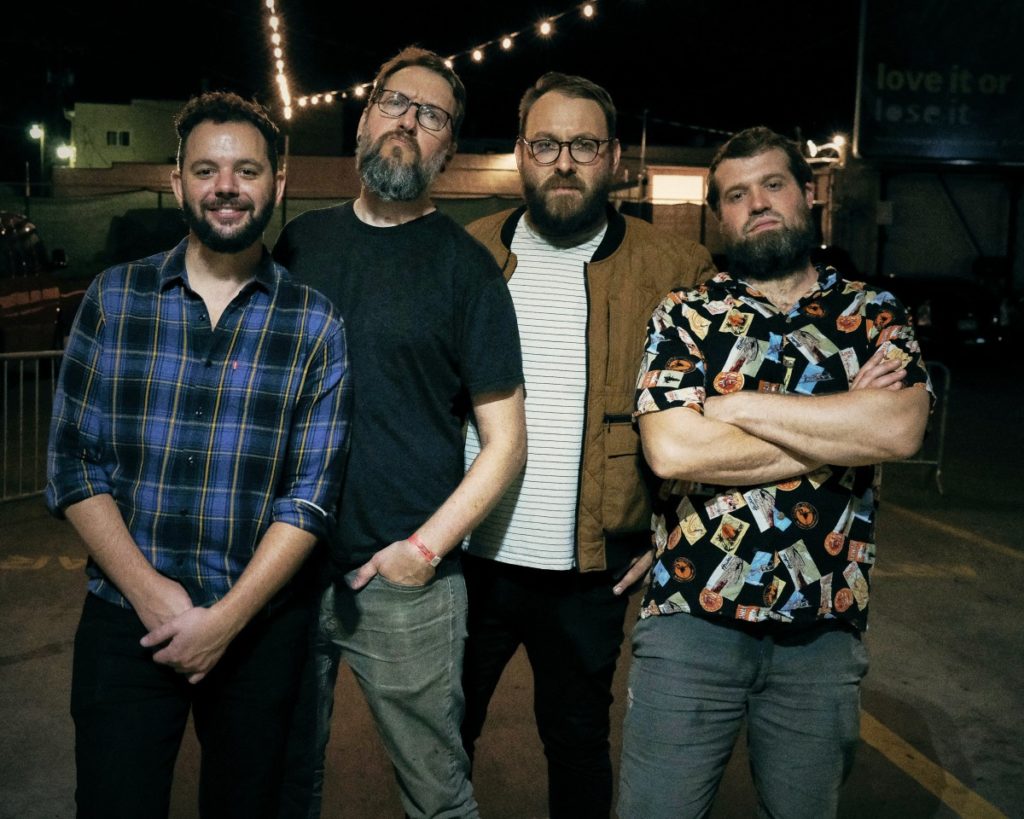 *All events are 21+ valid ID required for entry*7 PM Doors7:30 PM ShowELWAYElway is an American punk rock band from Fort Collins, Colorado. Their sound is a unique and inebriated take on a time-tested formula: aggressive punk rock with soaring melodies coupled with lyrics ranging from that of the sad sap to the indignant atheist with a bevy of homespun dick jokes.https://elwaytheband.bandcamp.com/THE HOLY MESSExisting within the framework of a musical landscape where saturation and ladder climbing is at an all time high, and where their community has become the new what next, The Holy Mess reside comfortably, feet up on the couch of life, not even giving half a shit.https://fucktheholymess.bandcamp.com/TEENAGE HALLOWEENQueer power pop from Asbury Park.https://teenagehalloween.bandcamp.com/ THIS SHOW HAS BEEN MOVED TO SILK CITY (435 SPRING GARDEN ST). ALL PURCHASED TICKETS WILL BE HONORED.FLATFOOT 56Playing a positive-natured brand of hardcore-tinged Celtic punk, Flatfoot 56 has been unleashing itself upon America and the rest of the world for over 20 years now. Forming in 2000, the Chicago natives achieved nationwide attention with their first two label-backed records, 2006’s Knuckles Up and 2007’s Jungle of the Midwest Sea. These releases built on a heavy dose of previously established regional notoriety, helping the band gain steam early on.FOXYCONTINFoxycontin, an American band based in Philadelphia, are four men devoted to playing high-spirited, pop punk. Formed in 2003, the band features members of Philly punk legends The Electric Love Muffin and Krhissy. Over the course of their career, they have endeared themselves to the Philadelphia music scene for their high energy live performances, crisp well-structured songs, and tight execution. On their long awaited debut LP This Time You’re On Your Own (Sister Raygun Records), the band, under the guidance of producer Pete Rydberg, has captured a sound that echoes the halcyon days of Stiff Records as well as the raging melodiousness of Stiff Little Fingers and The Ramones.https://foxycontin.bandcamp.com/album/this-time-you-re-on-your-ownTHE KOOSMANSThe acoustic garage punk inspired duo The Koosmans was spawned after Franny Koosman’s return from an 18 month exile to Scotland in late 2016.https://thekoosmans.bandcamp.com/album/frannys-garage

Escape From the Zoo ~ Public Serpents ~ The Looms 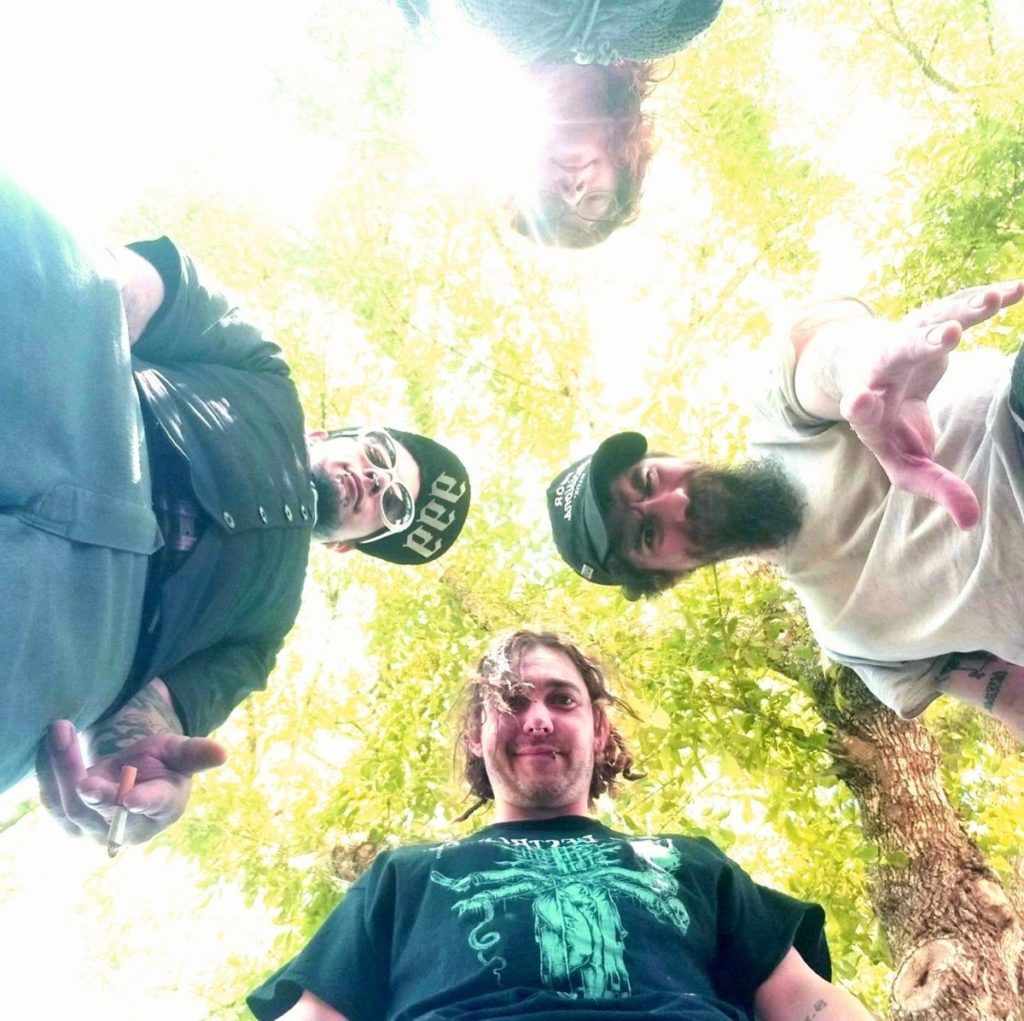 ESCAPE FROM THE ZOO“Escape From the Zoo are one of those bands where you are expecting a mellow trip down Mr. Toads wild ride, and suddenly realize you accidentally got in line for a death coaster that speeds down the track at 70 miles per hour, with no seat belts” – PunkRock Newshttps://escapefromthezoo.bandcamp.com/PUBLIC SERPENTSPublic Serpents are the product of an experiment gone wrong, mankind. A paranoid schizophrenic layering of chatter fused with manic, ghetto/punk beats make for a proper background to the apocalypse professed by the bands frontman, Skwert.https://tentcityrecords.bandcamp.com/album/public-serpents-escape-from-the-zoo-split-epTHE LOOMS Anarcho-Folk Punks occupying the imperialist territory known as ‘South Jersey’! The Looms are a rambunctious crew that brings a great time wherever they go. Inspired by punk, folk, ska, old union songs, and a bit of prog and pop; their lyrics range from calls to revolution, comradery, solidarity, and having too many holes in your socks. Comprised of a philosopher, a film connoisseur, and the Twin Loom nurses, they’re always down for a conversation—to hear your story, or share one of their own! https://www.thelooms.band/