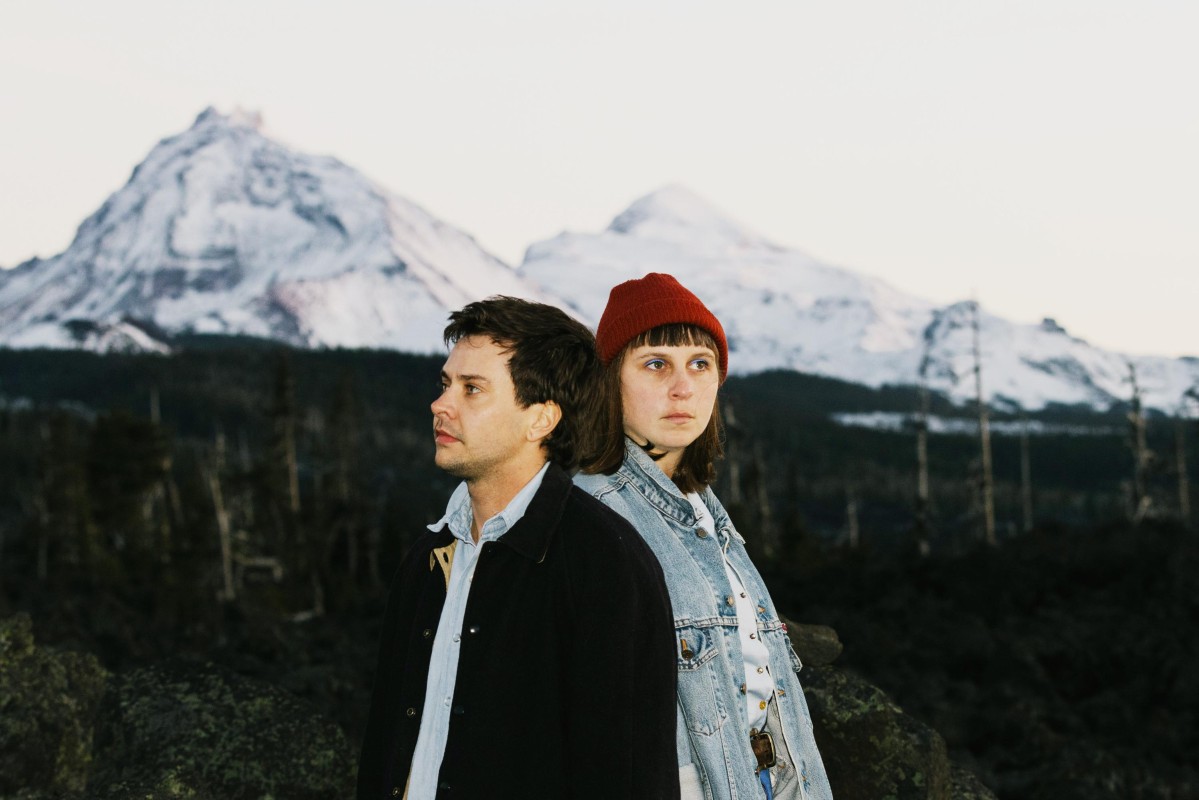 FLASHER
The band’s 2018 debut, Constant Image, was a triumph – a set of songs both dizzy and explosive, balancing new-wave lushness and post-punk frenzy. Love is Yours steps up the ambition and reaches for the horizon. The record is ablaze with mood, melody, and carefully threaded hooks, finding the band foregrounding the pop sensibilities that had always been present in their previous releases. It retains the attitude that was fundamental to the band’s DIY roots, but cuts loose a touch of the angst. Though the songs process disillusionment and loss, the music evokes warmth and optimism. It is their best record and also their most generous.

The album was written and recorded amid a moment of flux for the band. Now a duo, guitarist Taylor Mulitz and drummer Emma Baker had to reimagine Flasher’s voice. They embraced uncertainty and allowed their roles to become unfixed. They wrote collaboratively and followed their intuition. Instruments were swapped, harmonies were layered over samples, and a space was created for Baker to step out from behind the drumkit into a front person, sharing vocals alongside Mulitz. On the other end Flasher emerged familiar, but also stronger and more singular.

Formed in 2015, Flasher was born out of Washington, D.C.’s newly resurgent underground music scene. In that context, the trio stood out. They were urgent and wiry, but could also convey a cool and authentic tenderness. A year later, when the city was leaden with post-election gloom, Flasher could remind you – however fleetingly – that pleasure was still a possibility. They released an EP and a 7” single on Sister Polygon Records before joining Domino for Constant Image. The record was critically adored and ceaselessly toured. When the D.C. trio finally took a breath nearly two years later it was at an unmistakable high point. Flasher had hit the road alongside its heroes, scored spots on festival bills, and packed hometown shows.

Not long after that, as the band prepared to hunker down and begin writing their follow up, D.C.’s tight-knit community began to splinter and realign. Bands broke up. People got older, became restless, and moved on. Flasher was not spared a shake-up. Bassist Daniel Saperstein parted ways with the group. Mulitz would eventually decide to relocate – first to Baltimore and then to Los Angeles, making the group bi-coastal.

Working as a duo took a bit of recalibration. The songwriting process changed dramatically, but in a way that quickly began to feel energising. “Once we had this implosion, we let go of the pretence and confines that we had pigeonholed ourselves into,” says Mulitz. “Going into this record, the vision was pretty simple: We wanted to write songs that came intuitively. We were leaning into that while consciously creating a real space of trust and openness.”
https://flasherdc.bandcamp.com/album/constant-image

MESH
Philly 4-piece punk band, Mesh, formed in late 2019 building their sound from 3 demos recorded by guitarist and vocalist Sims Hardin (Dark Web). Sims, joined by Allison Durham (posture) on guitar and vocals, Steve Darling (Mint) on drums, and Tom Riese (Mint) on bass have departed from the demos to create something more cohesive and diverse sounding. With the formation of the full band, Mesh’s sound is driven and angular, drawing inspiration from bands like Wire, UV Race and Swell Maps. Their debut tape is being released summer 2021 on Born Yesterday Records based in Chicago.
https://meshphilly.bandcamp.com/